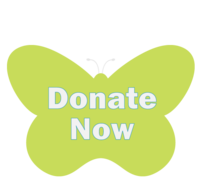 72% of juniors and seniors were enrolled in college AP coursework

96% of seniors completed the FAFSA/TAFSA

For the 2012-2013, Con Mi MADRE is happy to report that for its 2013 graduating cohort of 122 students, 92% are pursuing a post-secondary education, including the 60% who are attending a four-year university.

Please see a full list of the college and universities our girls received acceptance to in the side bar.

100% of G.R.A.D. Girls Matriculated into their 2nd Year of Post-Secondary Education

According to the Pew Research Center, in 2010 the number of Hispanics enrolling in post-secondary institutions hit an all time high. However, Hispanics only made up 9% of the Bachelors degrees earned in 2010.

Our Lady of the Lake University

Savannah College of Art and Design

University of Colorado at Boulder

University of the Incarnate Word

University of Texas at Arlington

University of Texas at Austin

University of Texas at San Antonio

Our Class of 2013, consisting of 122 students, was accepted into the following schools:

We are Mothers And Daughters Raising Expectations.